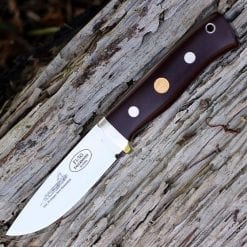 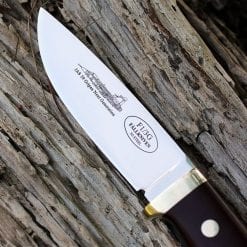 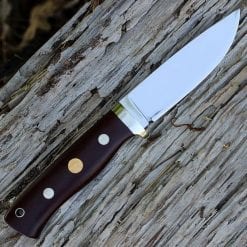 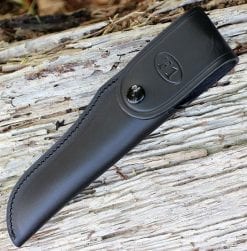 2017 year special model of the F1/3G with maroon Micarta is really a very special edition, here are for the first time a distinct, detailed laser engraving of the JAS 39 Griffin NG 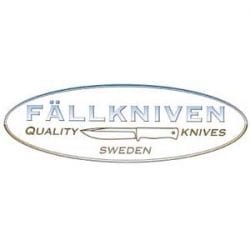 2017 year special model of the F1/3G with maroon or black Micarta is really a very special edition, here are for the first time a distinct, detailed laser engraving of the JAS 39 Griffin NG (Next Generation) along with the traditional oval logo that has been Fällkniven’s hallmark for more than twenty year.

The handle medallion in nickel silver is covered with about 30 my thick layer of 24k gold, usually you use 2-3 my only. Guard, tubular rivet and handle rivets are made in nickel silver on this exquisite full tang knife. The knife comes with an all-black leather sheath in a neat wood gift box. How many the final edition will be is yet to be decided but the first samples of only about a hundred pieces of each kind emerges in spring/summer 2017. The reason why the edition is as small as a hundred pieces is because the knife, in a true Loveless design, is made entirely by hand.

The blade is made of our best steel, a powder steel, which we call 3G, a vanadium-molybdenum steel that holds an edge very well – of course, the blade has a convex edge, something that we are alone in the world to offer. Although the knife is primarily sold as a collectible, customary value is at least just as high – all our knives are designed to be fully operational, and that really applies on the current F1/3Gmm and F1/3Gbm.

The first outlines of our bestseller F1 saw the light in 1987, that is to say, 30 years ago. Our company had been tasked by FMV/Aerospace to develop a new survival knife for the Swedish military pilots, a truly exciting project. We started with the purchase of numerous knives in a certain size range, a premise was that the knife would be accommodated in the leg pocket on the pilots’ clothing. It would be strong, stay sharp, have an ergonomic, comfortable shape, workable with both wet and frozen hands. You would also be able to split wood, use it for surgery injury in the field and work in battle, to name a few desirable properties.
An impossible task?
We started with field-testing a large number of knives, both sheath- and folding knives, the vast majority of well-known, reputable manufacturers from USA, Europe and Japan. Curiously, none measured up! The bottleneck was the Swedish winter, which set the limits of what was possible. Regarding folding knives we found that they were too weak and not reliable enough, especially when it came in snow, ice or dirt in the locking mechanism. Sheath knives appeared that they had cooling metal details in the handle or that they caused blisters, or were designed in a way that they did not provide an enough secure grip.
In that situation, I sat down and began to set up the parameters for how a survival knife for pilots would look alike and, that was a real challenge. The reason why the knife should be light was because if the knife was too heavy it would tear the fabric of the leg pocket in pieces if the pilot was forced to eject from a crashing plane, it’s all about big G-forces. While it in the same time would still be both strong and stay sharp well.
It became a hunting knife!
As a hunter, I knew how the knife would appear to be safe in your hands even if they were bloody, sweaty or had cold or wet fingers. I solved the edge retention by using a high-alloy corrosion resistant special steel from Hitachi Metal Corp. in Japan, a steel that the Boeing plant used for rotor blades in its huge aircraft engines. As usual, such ideas came from knife makers in the US, where especially the now late Robert W. Loveless, the world’s all-time best knife maker, was the one that drove the development of finer steel knives. I had the pleasure to talk with him in 1997 and he could, among other things, tell me that he had seen an F1 knife and liked what he saw, as he put it. I asked from where he got his inspiration when designing his knives and, to my surprise, he told me that it came from Scandinavia! The answer surprised me but he said he always had liked the simple, clean lines of Scandinavian knives and that that had been the guiding star of his production. Bob Loveless died in September 2010, 81 year old, but his design will live for a very long time – he is considered to be the one who introduced the drop point design of knives, a design which hunters appreciate very much.
In August 1995, Fällkniven AB could deliver several thousand knives to the Swedish Air Force. During the following year the knife was introduced to the civilian market, and it led to a viral success. As a result, we discontinued the sale of other brands and focused on designing, developing, manufacturing and selling our own products only. The F1 Pilot Survival Knife was the first production sheath knife in the world fitted with blades made of special steel and that appeared to be very attractive twenty years ago. The F1 blade has through the years been upgraded in terms of the technical content but the original design stands up yet. You really have to search for a more popular knife, a winning concept that this should never be changed. The experience and the philosophical concept that F1 knife is based on can be found in virtually all other knife models from Fällkniven AB, the relationship between the different models is striking, especially in the technical and ergonomic purposes.

WHY BUY AN EXPENSIVE FALLKNIVEN PRODUCT?

It’s correct to put that question. What do you actually get from a Fallkniven knife? Well, first of all you get a lot of knife from the very start, a knife which is strong, comfortable and stays sharp very well or extremely well. And, after some ten or twenty years, it’s time for grinding the knife back to original shape. Ten dollars later, you can continue to use your Fallkniven for another ten years, or so. You also get a safe knife, well tested long before it was put into production. As a result, our warranty commitments are as low as 0,1 %.

And during all these years you have had the access to a much reliable knife, well tested by both elite soldiers and people who use to stay long in the wilderness. Check your knife account, we are sure that you haven’t bought many more knives after you made your first purchase of a Fallkniven knife. Expensive? No. Enjoyable? Yes.

Fallkniven knives reviewed in the links below

There are no reviews yet.

Only logged in customers who have purchased this product may leave a review. 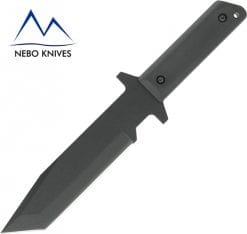 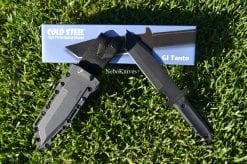 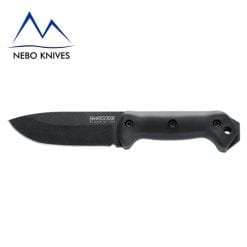 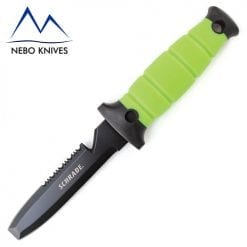 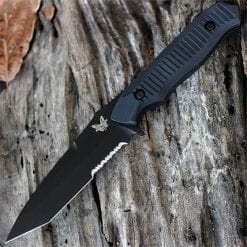 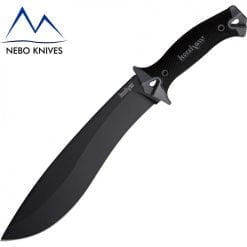 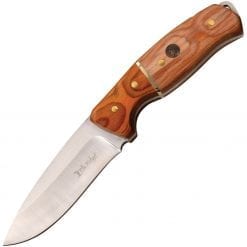 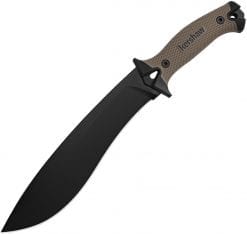 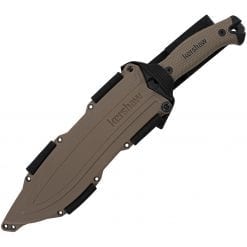